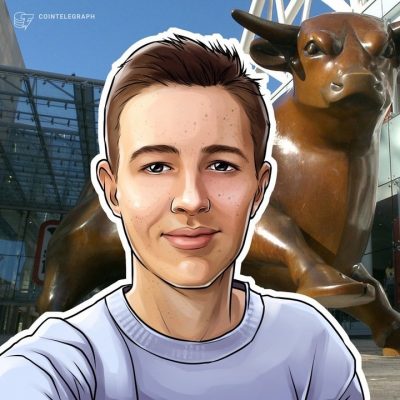 Welcome to ‘On The Record’ with YAP Global – a series where we speak to the journalists behind the stories that keep you up-to-date on the pulse of the digital asset, DeFi, blockchain and cryptocurrency industry.

Tom began writing for Cointelegraph in 2021 and has since built up an impressive portfolio covering the expanse of the crypto space from breaking news to in-depth interviews.

He has also become known for his refreshing voice which is reflected in his thoughtful approach to writing stories and his positive involvement on crypto Twitter where he truly embodies the concept of community in his interactions and overall positive outlook.

Speaking from the United Kingdom, Tom details how he fell into crypto with an interest in technical analysis, his development into writing and his feelings about being part of shaping this industry’s narratives.

Leila: Tell us about yourself and how you got into crypto

Tom: “I’ve been in crypto since like, late 2016, around that period of the bull market. It’s been interesting, I was interested in the technical analysis side of the charts and the prices so that’s what really attracted me to the industry. At the same time as that, I really got interested in writing on a personal level. So I think those two came together in journalism.”

“I didn’t actually study journalism. I didn’t go to university. I didn’t really have the opportunity to be honest, because I had lots of health issues when I was a kid and still do, so it wasn’t really an option for me at that time. So now I have become a born and bred writer. I love the craft, and writing really, for me, is a form of expression. I really feel like it’s almost more than a job to me a lot of the time.”

Leila: What does crypto mean to you?

Tom: “I really come at it from the writing side. I like the philosophical side of it, the vision and the values crypto has and trying to change the narrative around certain things. People have got some sort of animosity towards the kind of traditional fintech world and the corporate kind of capitalistic world and how it has been run. So there is an element of that that I want to improve. I don’t know really, I’m still figuring it out.”

Leila: What is your favourite out of the stories you’ve written so far?

Tom: “I wrote an interview in April about this Ukrainian humanitarian NFT project called Reli3f. They raised $1.5 million for a charity supporting the impact of the conflict. I feel like in a world of capitalism, and in this industry generating obscene financial growth, these are the types of stories that should be more vocalized. Those with human impact, and cultural significance. It’s like truth, you know, societal truth. A16z will survive if I never write about them again but these stories are the ones I feel obliged, empowered to tell.”

“I guess I feel the same about NFT art, both minting people’s work and writing about it to capture their intent and the essence of someone’s creation. That’s what I’m always going to strive to do, whether it’s their magnum opus or their first draft.”

Leila: What do you think of the current crypto journalism space?

Tom: “I mean it’s a lot going on. To use an analogy, I feel that journalism is almost like being the quarterback on the field of content in the sense that you occupy this position where you’ve got a full perspective of everything going on on the field. When you’re getting 60/70 pitches a day alongside engaging in socials on Twitter and Discord and things, you’re exposed to so much information and I feel like as a journalist that is a novelty and it’s fresh and it’s new all the time, but it can be quite intense and overwhelming.”

“I don’t think it’s just [overwhelming] for journalists but also for anyone working in any role but especially being this kind of deep thinker that I am, that can also be tricky. I think being exposed to so many ideas and people envisioning their roadmaps and showcasing their innovations and what they want to build for the future, that’s quite inspiring to me, actually.”

Leila: What is the worst pitch you’ve ever received?

Tom: “So this wasn’t a bad pitch but it was pretty funny. So I’m a big Manchester United fan and I like to sometimes just moan about the bad performances and just have a bit of a rant on Twitter. So obviously someone picked up on that and they wrote this headline, it was ‘Exposing Crypto Fraud Like Maguire’s Defense’, and for context, Maguire is a defender who’s had a shocking season so it’s bad. I mean, the pitch was average. I didn’t take it but the headline 10 out of 10.”

Leila: From the inside, how has the focus on what to cover changed?

Tom: I mean I can only speak for Cointelegraph really because that’s what I know. I mean there are a few things like when I started off, we were receiving pitches for like $5 million raises and it would be like a Series A and we’d take it but now it’s like $50 mil is the threshold. That’s evolved.

“We’re more interested in human interest stories. So how people are, for instance, utilizing bitcoin as a payment method for just random things like pizza, or some real estate thing or whatever else. I mean, for me, I want to focus on NFTs and I guess that’s changed a lot. I think I’m really trying to look for the projects with genuine utility, and not just some pipe dream roadmap.”

Leila: What is a day in the life of Tom like?

You can read Tom’s coverage on Cointelegraph here.