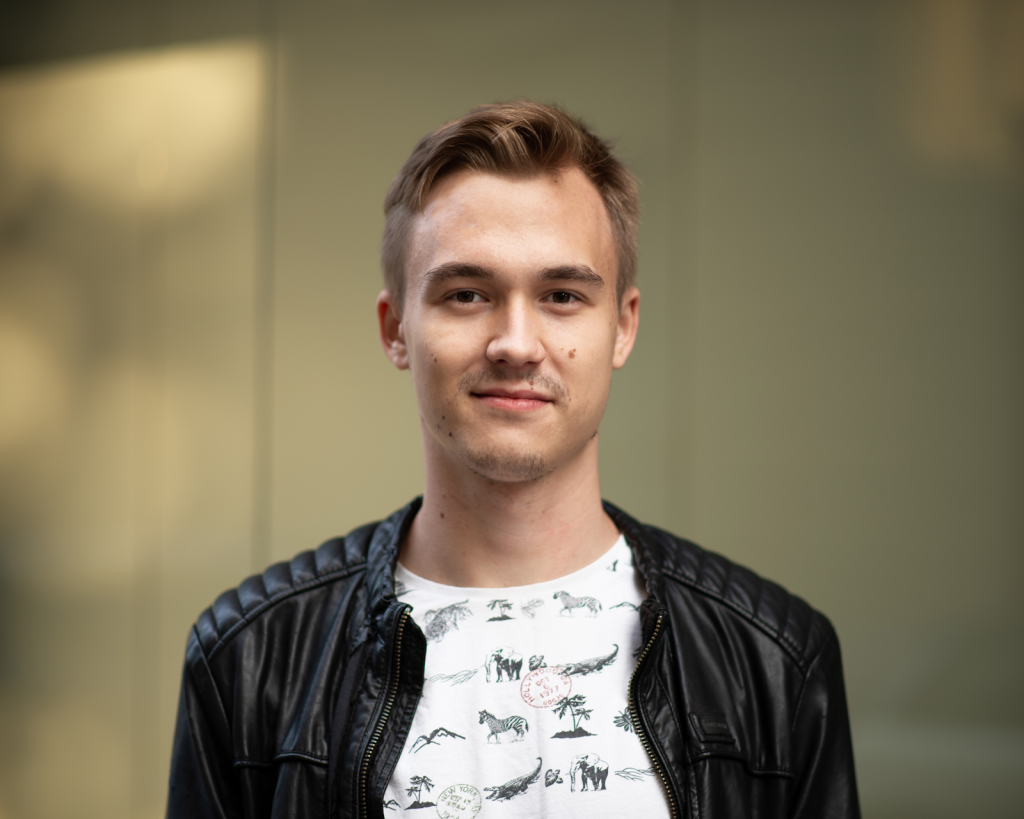 Welcome to ‘On The Record’ with YAP Global. A series where we speak to the journalists and leading figures in the digital asset, fintech, blockchain and cryptocurrency industry.

For this edition, we talk to tech enthusiast Andrey Shevchenko, Technology Editor at Cointelegraph and former reporter of CryptoBriefing who translates complex technological stories into a format understandable by the crypto-curious.

From bug bounty hunter to tech editor, by way of marketing and social media under Jon Rice’s (now Cointelegraph Editor-in-Chief) tutelage, Andrey edits the tech newsdesk at one of most highly respected and widely read cryptocurrency publications around.

We sat down with Andrey to learn how he ventured into the crypto space, his thoughts on how the industry has matured and what he thinks about NFTs.

Can you tell us about your journalism journey and how you ended up writing about crypto?

“I got into crypto way before I actually thought about going into journalism. I was doing bug bounties where you try to break a website and you’re paid for it. But that led me to consider other paths and that’s how I discovered crypto.

Eventually I was hired by an ICO project where I was community and Social Media Manager. That started my career in crypto. In 2019, I found a new role at CryptoBriefing – Jon Rice, the current editor in chief at Cointelegraph, hired me. From that point on, I started doing more and more complicated articles and features, and then in 2020 I joined Cointelegraph where I’ve spent most of my journalistic career.”

What does your day-to-day editorial role look like? How do you keep it structured working from home?

“I work at home for the most part, so I go and check twitter, TradingView and generally just catch-up on what’s happened around the world while I was sleeping.

From that point on it really depends on the day. Oftentimes for me I start with features or longer-form articles, especially in the mornings when there’s not that much activity. Towards 3pm my time the rest of the world is waking up because the Americans are online, so then I’ll be looking more at news hits.

I think the biggest difference between being a journalist and any other job is that you’re never really off because you always have to be available for breaking news.

When you’re focusing on tech in a space that is already very technologically advanced, how do you keep up and understand all the movements?

“I programmed for a couple of years before joining crypto, as well as the bug bounty thing, so I have a technical background. I also started studying aerospace, so I have this technical understanding of things, which is what I think allows me to actually grasp these concepts.

All these concepts sound complex because they have these weird names, but in reality if you just read about them from a somewhat basic perspective, you can understand the essence of that thing and be able to encourage conversations about them.

I’ve been in crypto since 2017 so I’ve had quite a bit of time to learn about it, over time your understanding accumulates.”

How have you seen the blockchain and crypto narrative shift since 2017?

“When you look at higher level services like traditional finance, especially this year, there’s been this huge shift. Especially as a reporter you do feel a growing interest in everything. For example at the start of the year a lot of people were really skeptical at Wall St, and now they’re not – they’re actually investing now.

Overall, it’s something that people in crypto really want to happen, but at the same time I have this really skeptical view that Wall St is really a bubble right now. Unfortunately it’s still all about money right? The Bitcoin community has adopted this stance where the number going up is kind of the only thing that matters.

There’s a lot of work to be done for people to think that crypto is a serious thing. Hopefully in 2021 a lot of technological advancements will make people realise the value of it all and what blockchain is and how it can help their lives.”

What’s the next trend in your view? More DeFi? More NFTs?

“It reminds me a lot of CryptoKitties which was the first time people really started talking about NFTs. NFTs have historically seen this trend, in the sense that people would start talking about NFTs when there was little to talk about elsewhere. I personally don’t get them, I’ll admit that. First of all I’m not really an artsy guy so I don’t really understand this whole thing of booming art. I think they can be useful in certain aspects.

The concept itself has technological value, but right now I don’t see that NFTs are ‘the future’ as such. It’s one of those use cases that maybe will become successful but it hasn’t really reached its time yet.”

What’s the one thing you wish PRs or companies would know when pitching you a story?

“The biggest tip I have is to try to understand when the journalist works. A lot of the time I get pitched from people in California or something, but their work day starts when mine ends. So a lot of the time I get pitches in the middle of my night. They may be good pitches, but I just don’t see them. I get so many emails so I can’t check them that much. The biggest chance you have of me seeing your email is I happen to be looking at my phone when the notification pops up. So I definitely think tailoring pitches to the person’s work hours is very important.

One thing people should understand is that being super click-baity is not going to make a s**t story interesting. If it’s something I’m never going to write about and you use some kind of misleading headline, but I read that it’s not really that interesting of a story, I’m actually going to start treating you less seriously.

It’s important to stand out and be interesting but don’t abuse that because we do notice these things and we are not going to be fooled by some of these really insane pitches.”

So what makes a good story?

“It’s not rocket science, it just has to be an interesting story. So what makes a story interesting? It changes a lot depending on the person, but a lot of the time it’s common sense. If it’s a big project doing a major upgrade, we’re definitely going to want to cover that.

If it’s something real that I can write about in an interesting way, without having to think too hard about what to say next, it’ll work.”

You heard it here first folks, be sure not to send Andrey any click bait or insane pitches!

Thanks for speaking with us Andrey.