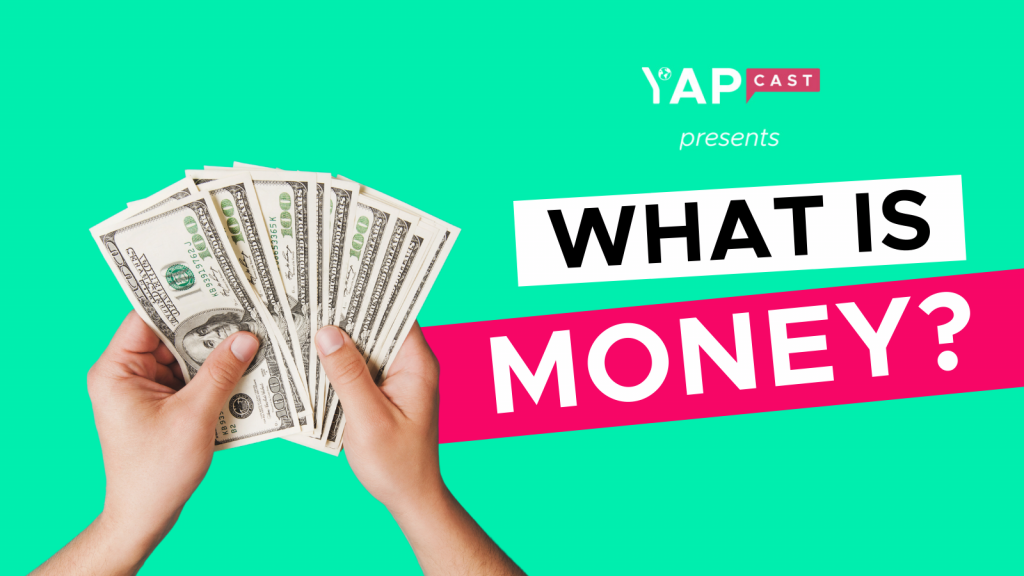 What are we talking about when we discuss terms such as Bitcoin, digital currencies, and decentralized finance? That’s right, Money. What is Money, exactly?

On our first episode of YAP Cast, we embark on a journey to discover Money’s history to better understand where Money is heading today. This series will explore why and how Bitcoin, digital currencies, and decentralized finance will play an essential role in our future global economy.

The monetary system of Yap

We kick start our first episode on the Story of Money on an island group located in the Caroline Islands of the western Pacific Ocean, the Yap Islands (unrelated to YAP Global). Joining us on this episode is George Harrap, the Co-founder of Step Finance and Head of decentralized finance at YAP Global.

The Yapese use dollars these days, but they’re most famous for using doughnut-shaped stones as a form of currency. These stone discs were known as Rai or Fei. They have captured the imagination of sociologists and monetarists ever since their discovery.

Most impressively was the use of other forms of currency alongside the stones. Traditional Money on the Yap Islands included coconut fibre rope turmeric, banana fibre mats, mortars and pestles, and pearl shells – anything of value essentially.

What is money exactly?

What is Money strictly if anything of value can be used as currency? And do we even know where Money came from? Because Money seems to be a concept that we’re all still inventing, we’re kind of making it up as we go.

We can all agree that Money has to have value for it to be valid. If Money doesn’t have value, why would you use it? Why would you spend all of your time working and doing all of these tasks if you’re earning something which is not useful at all and has no value? We live in governed societies where the government sets forth the value of Money or Fiat.

What is Fiat? There’s always a need for Fiat.

Fiat means by decree. Its value is determined by decree, which means the government says it has value, so therefore it has value. Whereas we would say something like gold, gold has a value not by decree but by voluntary people transacting. You can take one ounce of gold worldwide and trade it for goods and services. Everyone recognizes that gold is a valuable item to possess.

Trusting banks and local governments – on the credibility of money.

Where the system has refined itself over the centuries, the basics have remained the same. Does this trust system work well? Or could it be better? Currently, we have no actual value that’s backing the currency. We have the trust of the local government, and we have the decree of the local government saying that it’s valuable. So, does Bitcoin solve this problem of trust and credibility?

In the next episode, George Harrap and Sam Yap will discuss a solution to these challenges.
We hope you enjoy the Story of Money by YAP Cast.

The first episode launched on the 4th of August, 2021, here.

Watch and Listen back to episodes on Spotify and Apple podcasts .

For more details, check out the YAP Cast website here