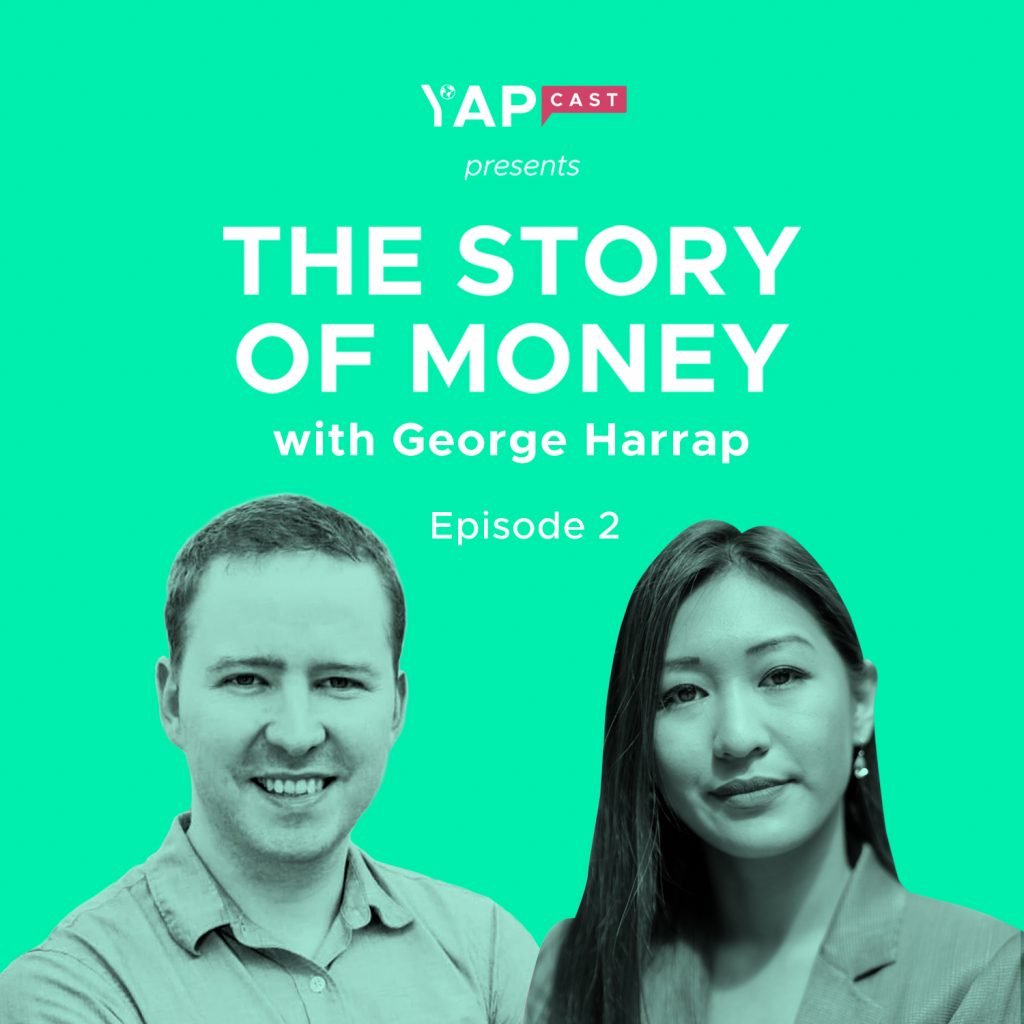 Do you think money, as we know it today, needs to change? Are there better monetary methods available that should take the place of fiat?

Continuing on from our first episode of YAP Cast, we look at what it means to reinvent money and how money could one day be replaced by digital currencies such as Bitcoin. As we delve deeper into this series, we’ll see why cryptocurrencies and decentralised finance will play a vital role in our future.

The Origination of Money

Our second episode on The Story of Money briefly touches upon how the Yapese use of doughnut-shaped stones as a form of currency has become an illustration of how money has been interpreted over the years. Following on from our first episode, What is Money?, we’re joined by George Harrap, the Co-founder of Step Finance, and Head of decentralised finance at YAP Global.

Despite this, we don’t really know how early civilisations developed a system of money. Our best guess is that money didn’t come from the marketplaces, but originated from the quarrels, tensions, and hardships of life.

The word “pay” itself comes from the Latin word Pacare, which means “pacify a piece” or “make peace with”. In order to maintain the peace, a means of payment was demanded by tribal societies as a form of compensation. From this, money came in various forms such as a Rai stone, a tool, food or cigarettes, which were associated with an intrinsic value.

Trust is dependent on where you are in the world. In most countries, if you put money into a bank account, you can expect that money back if you need it. In other countries, though, that’s not always the case. Not only that, but value isn’t always agreed upon.

This is why there appears to be a movement of people trying to reinvent money who are keen to solve these issues, and how Bitcoin is leading the cause.

You’re the Custodian of Your Money

If something happens to your money when it’s in a bank, you simply ring the bank up to resolve the issue, but if something goes wrong with Bitcoin, who do you call? There isn’t anyone to call. But the same could be said if you leave your wallet on a park bench. Who do you call then to replace the money? There isn’t anyone. Once it’s gone, it’s gone.

When it comes to your wallet, you are the custodian of your money. Just as you are with your Bitcoin, you are in complete control of your money at all times. There are, of course, options available to users who are unsure about looking after their crypto wallets, and with choices now at hand it’s easier for people to control their own money.

Could we one day see a world where the British pound, the US dollar, the euro or the yen are not used as a currency reference? Could we use some other currency, such as Bitcoin? People might not think that’ll happen, but it already is. You only have to look to Venezuela to see this taking place. Bitcoin might be volatile, but societies may reach a point where they don’t care about that as they aren’t using their own fiat currency anymore. To them, one Bitcoin is one Bitcoin.

In the next episode, Samantha Yap discusses Where Money Comes From with Professor Cathy Mulligan, Co-Director of the Imperial College Centre for Cryptocurrency Research and Director of Central Lab from the University of Lisbon.

Watch and listen back to episodes on Spotify and Apple podcasts .