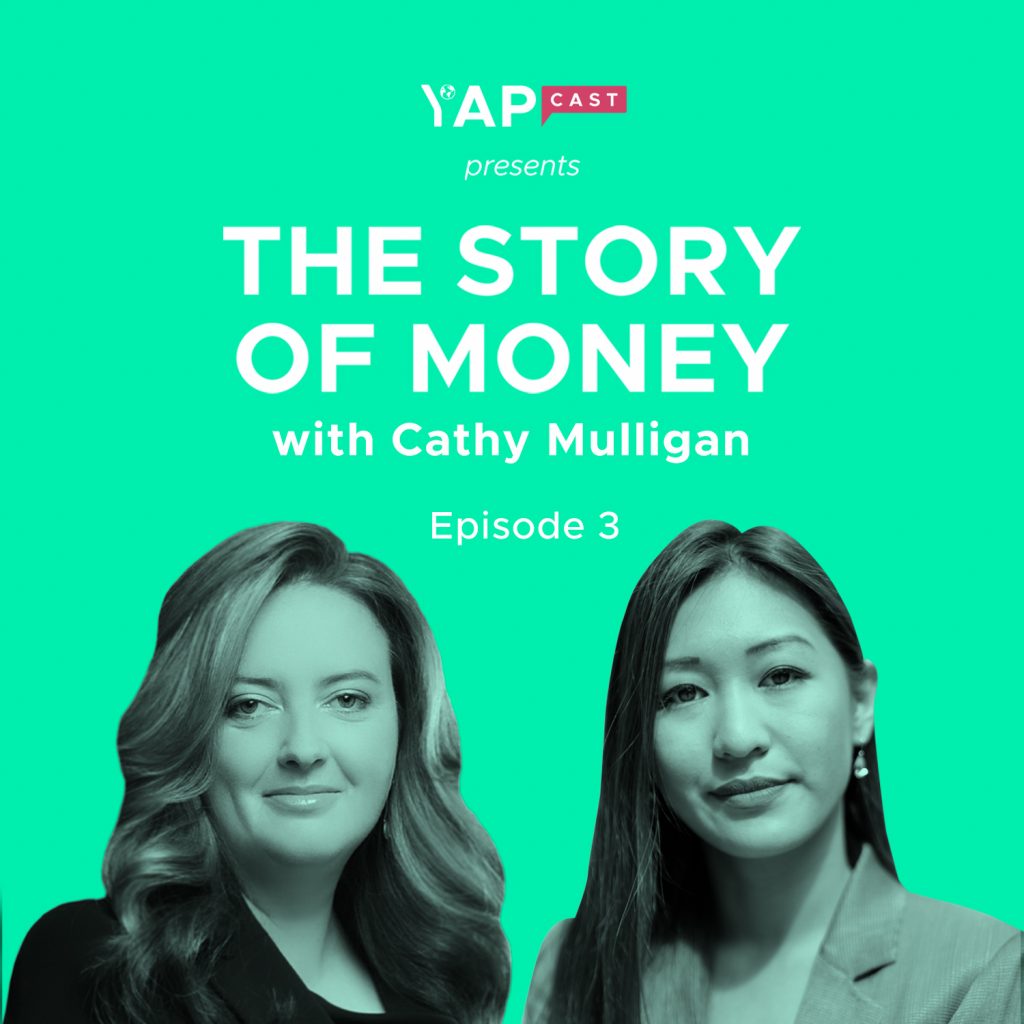 Where Does Money Come From?

We use money every day, but do we truly know where it comes from? And is money as we know it changing with the help of crypto?

In our latest episode of YAP Cast, we turn our attention to where money comes from and who decides what it is. As we continue on with our YAP Cast series, we’ll discover why cryptocurrencies and decentralized finance play an important role with our monetary systems.

Money as a Form of Social Contract

Our third episode on The Story of Money looks at how there is no clear definition of money, and the movement currently taking place to reinvent money with Bitcoin. This is despite the fact that many global governments, who still decide what money is today, aren’t keen on cryptocurrencies. In this episode, we’re joined by Professor Cathy Mulligan, Co-Director of the Imperial College Centre for Cryptocurrency Research and Director of DCentral Lab from the University of Lisbon.

Turning our attention back to the Yapese, it was they who decided what money was. It was down to the tribal leader who determined the supply of access to the stone money and the access to travel to it. Today, it’s central banks and governments who decide where money comes from. Money today is considered a form of social contract between citizens and their governments. We ultimately trust a set of institutions that tell us a Great British pound or a US dollar bill has value.

Interestingly, there is no universal definition of what money is worldwide. Whether it’s in Portugal, the UK or the US, our understanding of money has subtle differences. This is why there is much discussion around how cryptocurrencies should be regulated as there’s no uniform definition of money.

When it comes to a nation’s monetary control, most economies are not totalitarian. Instead, they will look at inflation and then decide what to do. Essentially, though, central banks and the people who control the flow of money in an economy are known as the lender of last resort. It’s their job to ensure the stability of a country’s financial system by ensuring that we continue to trust the commercial banking system that sits around it.

This was noted back in 2008 during the financial crisis. It was then that central banks acted as the lender of last resort to prevent the commercial banking sector, and institutional banks, from completely collapsing.

Very simply, a central bank digital currency is a fiat currency, such as the British pound or US dollar, that’s been put onto digital technology such as cryptocurrencies. Instead of issuing notes, like we see today, electronic coins and notes are issued. CBDCs, which are managed by governments, are taking the technology behind cryptocurrencies and saying that this CBDC is backed up by the country’s reserves in question.

At the moment, there are wild fluctuations in the crypto market; however, proponents of CBDCs are claiming that if they are aligned with governments and governments maintain reserves, then they can stop fluctuations. In essence, it’s combining our existing financial system and creating trust with the technology behind crypto.

Despite many governments’ less than embracive stance toward crypto, others are beginning to see crypto as a good thing. For instance, El Salvador accepted it as legal tender, which could be good for their economy. On the other hand, the Financial Conduct Authority (FCA), the UK’S financial regulator, has warned that crypto is an unstable investment.

Yet, while the US dollar has acted as the world’s reserve currency for many years, its power is starting to slip. As a result, we are beginning to see geopolitical interactions with China trying to make its Renminbi replace the reserve currency. As a result, the Bank of International Settlements (BIS) and the Bank of England are looking at how crypto can mitigate this.

For instance, is it possible to create a basket of currencies as the global reserve rather than having one single reserve currency? Of course, with CBDCs there are concerns associated with them, namely privacy and security implications.

In episode four, Samantha Yap discusses How We Measure Money with Sam Kazemian, founder of Frax Finance, a decentralised stablecoin.

Watch and listen back to episodes on Spotify and Apple podcasts.