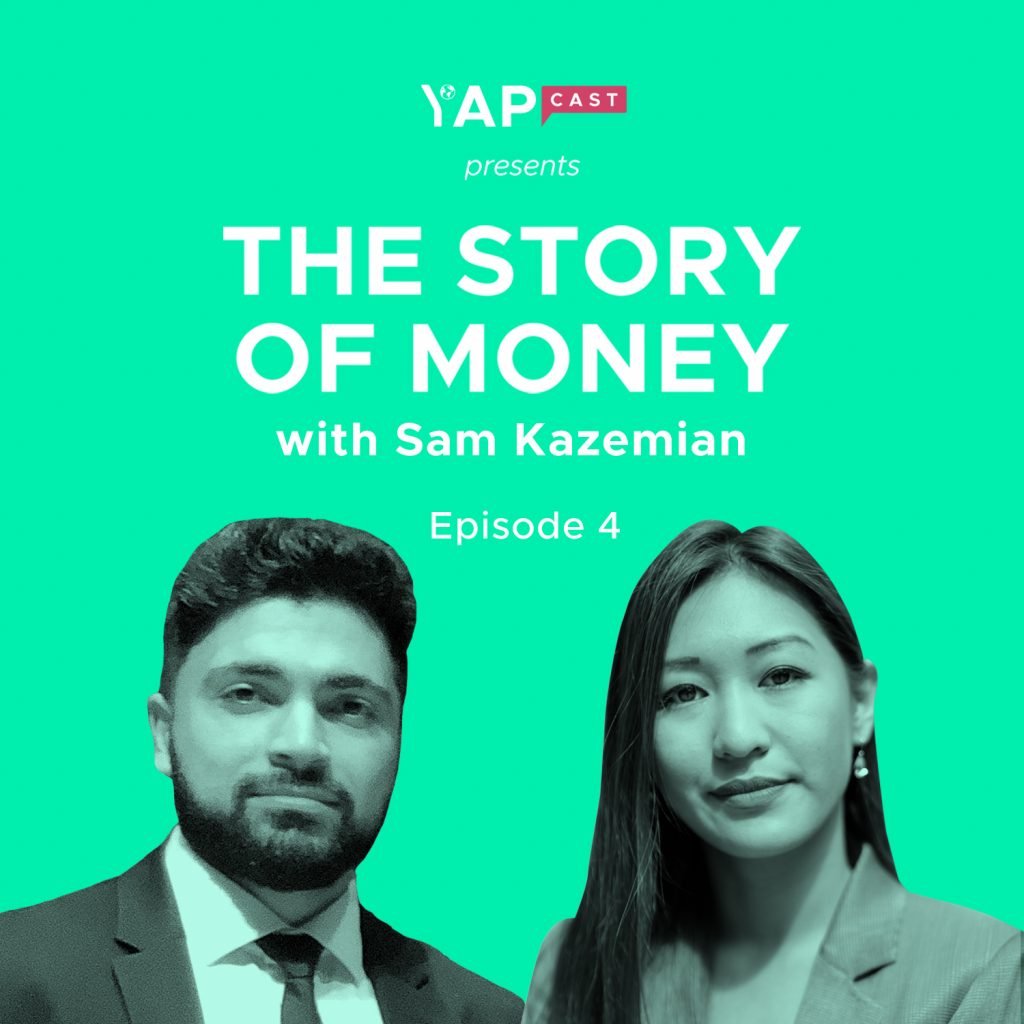 How Do We Measure Money?

Why do we default to a currency run by one country as the internationally recognised measure of value? Could a crypto revolution change this? And are stablecoins better currencies compared to assets such as Bitcoin or Ethereum?

In our latest episode of YAP Cast, we turn our attention to how we measure money and why the US dollar is used as a global measure of value. As we continue into our series on YAP Cast, we’ll uncover the history of money and see why cryptocurrencies and decentralised finance may play a vital role in our future.

Joining us this week on YAP Cast to talk about this is Sam Kazemian, the founder of Frax Finance, the world’s first  fractional algorithmically-stabilized stablecoin and the only of its kind to maintain its peg.

Our fourth episode on The Story of Money looks at the denomination of money and how it’s the monetary unit in which something is priced or measured. It is this denomination, for instance, a national currency, that enables a seller to assign value to something that is in a mutually accessible and understandable format.

As we delve deeper into the denomination of money, who exactly agrees what the common currency is? In most cases, it’s down to a government to decide as it’s they who want to be in charge of denominating the measure of value.

Currently, the de facto reserve currency is the US dollar. While many governments will think their currency is the best, they will stash a tidy sum of US dollars in a vault. According to the International Monetary Fund (IMF), the US dollar makes up 60% of all known central bank foreign exchange reserves. Governments use denomination to maintain control of the monetary system; however, this might change with a cryptocurrency revolution.

The US Dollar is the SI Unit of Value

For instance, it wouldn’t make sense for one person to claim they have a laptop that is worth 42 toasters and for someone else to say their laptop is worth four oranges. For many people worldwide, the US dollar is the SI unit of value for the time being. It hasn’t always been the dollar and it won’t always hold this status, but for now it remains the predominant world currency that everything is dominated in.

Bitcoin is a “Good Investment”

In terms of what a currency is supposed to be and what it is in the world, when it comes to the US dollar, then Bitcoin is a good investment, but is not a good currency. One factor that Bitcoin proponents say is that as its market cap gets bigger, it’ll become less unstable. Yet, data suggests otherwise. For instance, in May, Bitcoin had its most volatile month in its history by dropping almost 50% in value, going from highs of $60,000 to $30,000.

This isn’t necessarily a bad thing, as many still believe it’ll go up in value compared to the dollar. But the fact that it’s compared to the dollar suggests to others that it’s not a good currency. This then gives rise to the view that Bitcoin is a bad currency, but is a good investment whereas stablecoins are good currencies, but bad investments.

What is a Stablecoin?

A stablecoin is an on-chain crypto token that is meant to be price stable. Most stablecoins are pegged to the US dollar, so for one token is one dollar. There are others that peg to the euro, for instance, but just as everyone uses the dollar in the fiat world, most crypto exchanges will use US dollar- dominated stablecoins. The most famous ones include Tether and USDC.

With Frax, which is a fractional reserve stablecoin, while it’s pegged to the US dollar, it isn’t fully backed. For example, for 120 million Frax, there is only around $100 million worth of the stablecoin in the reserve. Yet, users can still redeem their Frax for dollar value.

Rather than creating a bank run when users decide to redeem their Frax at once, the design of the stablecoin uses smart contracts and algorithms to mint the second token, the Frax share. It is this that is used to buy more cryptocurrency on the blockchain, which then fills the reserve to stop it from running out.

There’s also a mechanism that stops the team behind Frax from simply printing out more of the token that’s needed. As the stablecoin is pegged to the US dollar, the smart contracts and algorithms only perform their tasks if the price is at $1. This means the team can’t increase the supply of Frax to make the price go down and they can’t decrease the supply of Frax to make its price go up. The protocol will only function according to the smart contracts.

In episode five, Samantha Yap welcomes back Sam Kazemian, founder of Frax Finance, a decentralised stablecoin, to discuss Why Does Money Lose Value Over Time.

Watch and listen back to episodes on Spotify and Apple Podcasts .