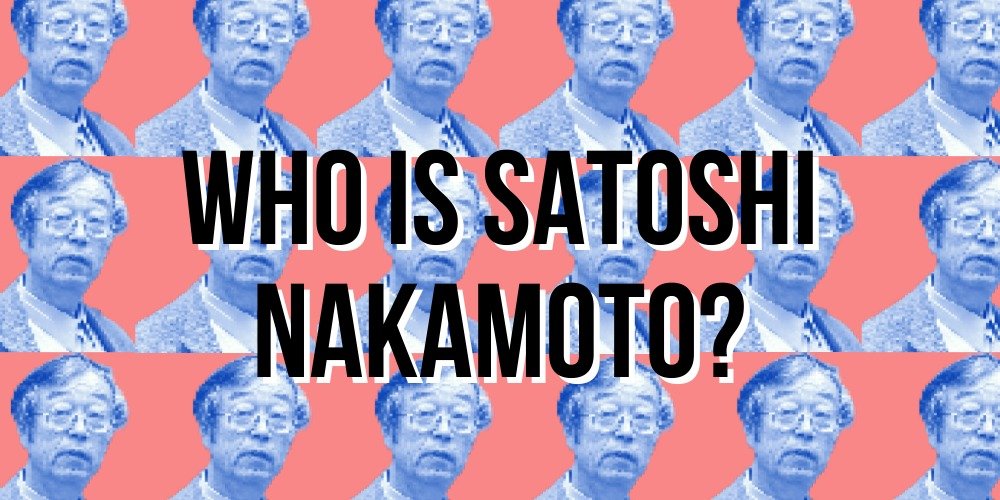 Apart from the decentralised aspect of crypto, if there’s one thing that attracts people to the industry it’s the pseudonymous creator or creators behind Bitcoin, Satoshi Nakamoto.

In 2008, a whitepaper authored by Nakamoto, Bitcoin: A Peer-to-Peer Electronic Cash System, was posted to a crypto mailing list. At the time, Nakamoto wrote that he or she had been working on a “new electronic cash system that’s fully peer-to-peer, with no trusted third party.” At the time of the 2008 financial crisis, it resonated with plenty of people searching for a decentralised monetary system.

The Bitcoin network went live in January 2009 when Nakamoto sent computer scientist and early Bitcoin developer Hal Finney 10 Bitcoins. Twelve years later and Bitcoin remains the number one cryptocurrency with a value of, at the time of writing, over $36,000.

It was in 2011, though, that Nakamoto sent his final emails to fellow developers, making clear that he had “moved on to other projects.” It’s believed that at this time Bitcoin had outgrown the need for a single developer by the time he left.

This remains one of the biggest mysteries in the crypto world: who exactly is Satoshi Nakamoto?

Throughout Bitcoin’s existence there have been countless attempts to reveal the true identity of Nakamoto, but to this day the creator remains elusive.

Despite that, however, it hasn’t stopped people from speculating about who it could possibly be. Here are three candidates that were supposedly Bitcoin’s creator:

In 2014, Newsweek caused a stir within the crypto space after naming Dorian Nakamoto as the creator of Bitcoin, now with a market value worth over $678 billion. This was the first time a publication had attempted to learn the name of the cryptocurrency’s creator. And after a two-month investigation, Newsweek was led to the Japanese-American, whose birth name is Satoshi Nakamoto.

The article claimed that Nakamoto, who graduated in physics from California Polytechnic and worked on classified defense projects, said that he “no longer” had any connection with Bitcoin and that it had “been turned over to other people” who were “in charge of it now.” All of this made the author of the report believe that Nakamoto was denying his role and that the true creator had been revealed.

In an exclusive interview with the Associated Press, Nakamoto denied he said this and that he’d misunderstood the question, arguing that he had “nothing to do with it.”

Bit Gold was one of the earliest ideas of a decentralised online currency, proposed by computer engineer Nick Szabo in 1998. As a precursor to Nakamoto’s Bitcoin, which have similar protocols, many have speculated as to whether Szabo is the face behind Bitcoin.

In his book, Bitcoin: The Future of Money?, Dominic Frisby writes that Szabo is Satoshi Nakamoto. He makes this claim following results from a stylometric expert who concluded that Szabo’s writing style was much closer to that of Nakmoto’s.

Szabo, however, has always denied any connection.

In 2015, WIRED Magazine published a profile of Wright claiming that the Australian scientist was behind Bitcoin. Notably, in 2019, it later updated its report, stating that there were inconsistencies in the information to support the idea that Wright was in fact Nakamoto.

Prior to this, however, during an interview Wright alleged that he had “been involved with this for a long time,” adding that he tried to keep his “head down.” WIRED’s evidence to initially stating that Wright was Nakamoto consisted of a crypto paper on Wright’s blog that appeared months before the Bitcoin whitepaper was released.

There were also leaked emails with Wright’s lawyer that referenced a “P2P distributed ledger” as well as a leaked email from Wright to analyst David Kleiman discussing a paper they had been working on, which came just before Bitcoin’s 2009 launch. Kleiman, who died in 2013, is also said to have authored a PDF in which he agrees to control a trust fund, named the Tulip Trust, containing over a million Bitcoins.

However, those, and many other claims, have since been thrown into doubt, with the Wired report noting there had been inconsistencies. For instance, several of Wright’s blog entries were backdated.

Despite this, Wright remains a controversial figure in the crypto space, having led the contentious fork of Bitcoin Cash, creating Bitcoin SV.

Whether Satoshi Nakamoto is a silent player in the crypto industry or has left the space completely remains an issue of debate.

One thing the creator can be proud of is the fact that Bitcoin is still the biggest cryptocurrency in the market and from designing one crypto asset, thousands more have surfaced all claiming to be the next best thing in what they’re trying to solve.