S1E12 YAP Cast: Can DeFi be the Better Financial System?

S1E12 YAP Cast: Can DeFi be the Better Financial System?

Can DeFi Be The Better Financial System?

Will the so-called trustless nature of decentralised finance really work because we need to trust code which we don’t understand?

In our latest, and final episode, on season one of YAP Cast, we’re again joined by Felix Martin, the author of ‘Money: The Unauthorised Biography’ where we talk about whether DeFi is a better alternative to the current financial system.

The Burden is on People Disrupting the System

At the end of Martin’s book, he wrote “if anyone wants to reform the way money is working, we need to do it ourselves” or that everyday people need to play a part in changing it. Such a remark has been thrown into sharp relief by the technological developments in the wave of crypto and DeFi taking off.

It shows that people really need to get involved because while 90% of these developments may turn out to be complete flops, 10% could revolutionise the current financial system. If that’s the case, those behind these new developments need to have the involvement of the people going to use it.

At the same time, though, it’s on the burden of those disrupting the system to show that this new way of doing things does work. They may have essentially hardcoded everything into Bitcoin, but what’s been hardcoded, and why Bitcoin and not something else? And will this thing that’s been hardcoded suit the majority of the people?

Lender of Last Resort in DeFi

While crypto and DeFi can’t mitigate credit risk, what if they could be used as the lender of last resort, where pools of decentralised money is available for anyone who needs it?

According to Martin, in finance, all the things which are really good are also the things which are really bad. And according to advocates, the thing that’s really bad about banks is that they can print as much money whenever they like. This, though, is also what’s good about the system as it means that you don’t have to run the system with tremendous amounts of redundancy. In other words, you don’t need to build up hundreds of billions of dollars of savings to serve as a buffer in case things go wrong and you need a lender of last resort. The Bank of England, for instance, doesn’t store a huge amount of money that’s sitting waiting to be used as the lender of last resort.

Being a lender of last resort simply means injecting liquidity into the system by putting a lot of numbers in a digital ledger on the authority and legitimacy of these institutions. It’s what’s great about the system and what’s awful about it.

Where is DeFi Heading?

For Martin, the technological developments seen in the DeFi space are extremely exciting. For someone who is obsessed with finance and money, he’s grateful that these technologies are being applied to this sector; however, in his view, he doesn’t think finance and money is where DeFi will have its real impact. Instead, he thinks it’ll be more broadly political.

He goes on to note that he doesn’t think it’s an accident that these technologies came along at a time when people were fed up with the financial system after 2008, but he’s of the opinion that this is just one part of it. Continuing, he points out that crypto and DeFi came along at a time when people, particularly in the West, are lacking trust in their political systems. Because of this, Martin ended by saying that these technologies could contribute larger solutions to the problem than to the financial sector.

Watch and listen back to episodes on Spotify and Apple Podcasts.
For more details, check out the YAP Cast website here.

check out some more related posts 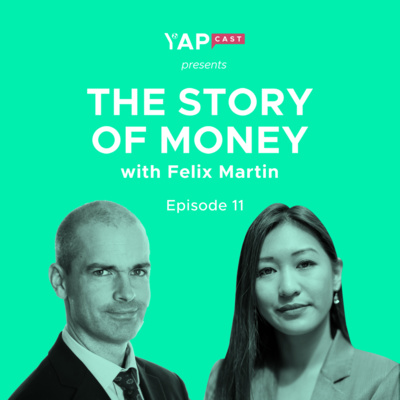